It's a big, wide, wild, world out there. Get out there and start experiencing it!

Our plan for South America included buying a car from the very first moments we conceived of the trip. We typically rely on buses and hitchhiking to get around while traveling, but after renting a car in places like Morocco and Bulgaria we realized that there is a certain amount of flexibility and freedom you can only get when you have your own transportation, and moreover, in many places having your own vehicle and splitting the costs can even be cheaper.

For South America the bus would certainly have been a feasible option; we were told the service is fast, effective, and not prohibitively expensive, and our first experiences in Santiago confirmed this. We also read that hitchhiking is relatively common in certain places. Nonetheless, we were determined to at least try to get our own car, and if it didn’t work after a good solid try, we would simply rely on more public means of transportation.

As a foreigner, owning a car anywhere in South America is a bit of a zoo. There are countless blogs and Facebook groups dedicated to the topic which we won’t rehash here, but we concluded that Chile would most likely be the easiest country to get our vehicle in, with Santiago having the greatest selection. After a few first days of enjoying Chilean hospitality (compliments of Alvaro and his friends and family!) and getting ourselves somewhat acclimatized, we set out on our mission of finding a car, and thus began our Santiago saga.

Many of the other tourists with vehicles (self-dubbed “overlanders”) opt for modified SUVs or vans, many with V8 engines, constant 4×4, and overly elaborate and/or overly cramped living spaces with mattresses, rooftop tents, stoves, toilets, immersion blenders, and all manner of baggage they might not really need. Some opt for monstrous trucks with gigantic toppers and converted freight vehicles that are even worse. All of these options are generally quite expensive, even with vehicles in the 200,000 km+ range. You do see the odd smaller van up for sale for a slightly lower price every 6 months or so after each round of tourists have finished with it, and there are even a few coveted Volkswagen in circulation, but for these a novelty price premium is certainly at play.

Few of the tourist circuit vehicles really caught our attention, so we decided to go it alone and choose our own from the hustle and bustle of Santiago. Before even arriving in Chile Elliott had a keen eye on the Chilean classified sites to identify which types of vehicles might be best, and we arrived upon three general categories we would try to focus on: 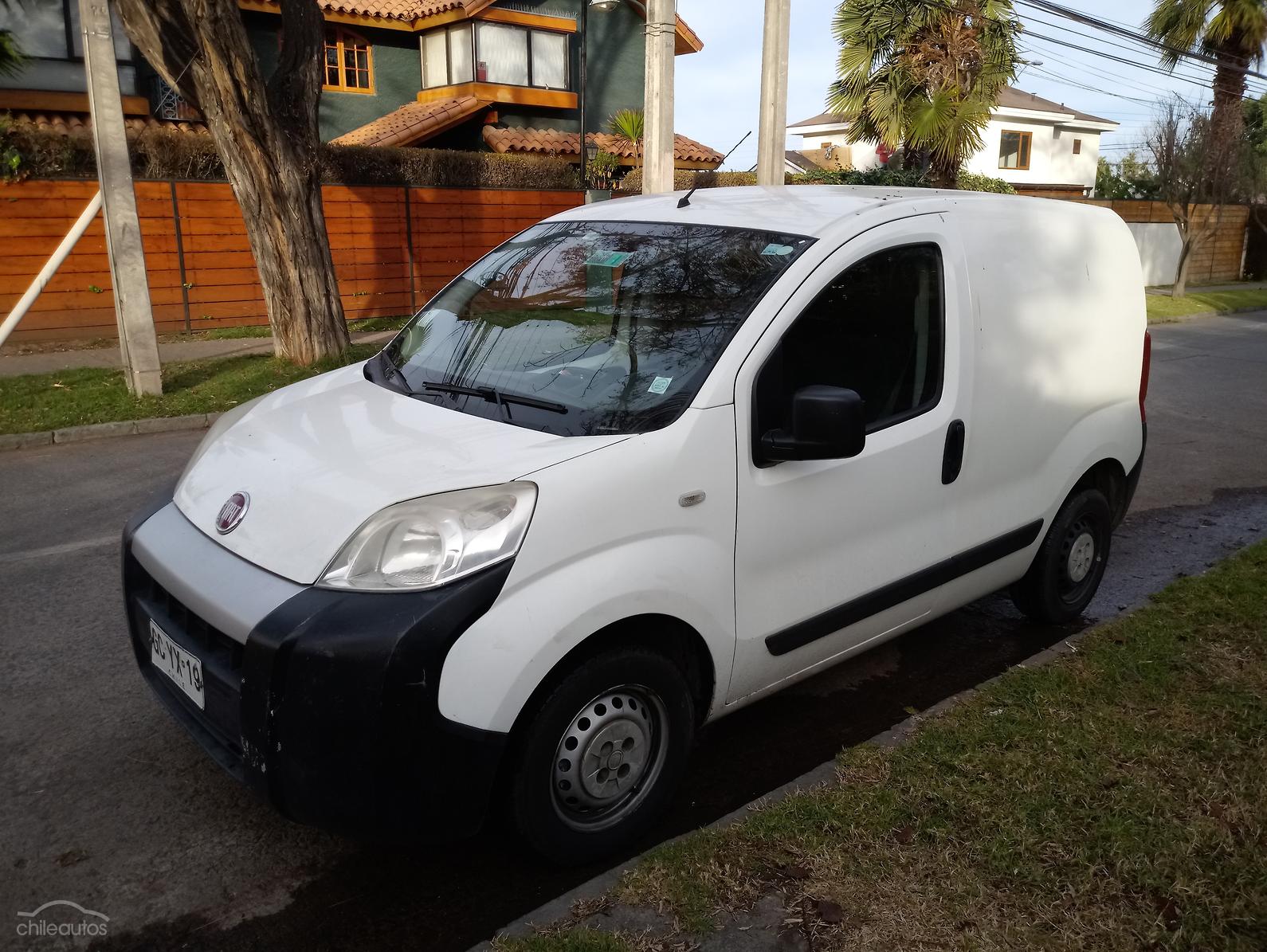 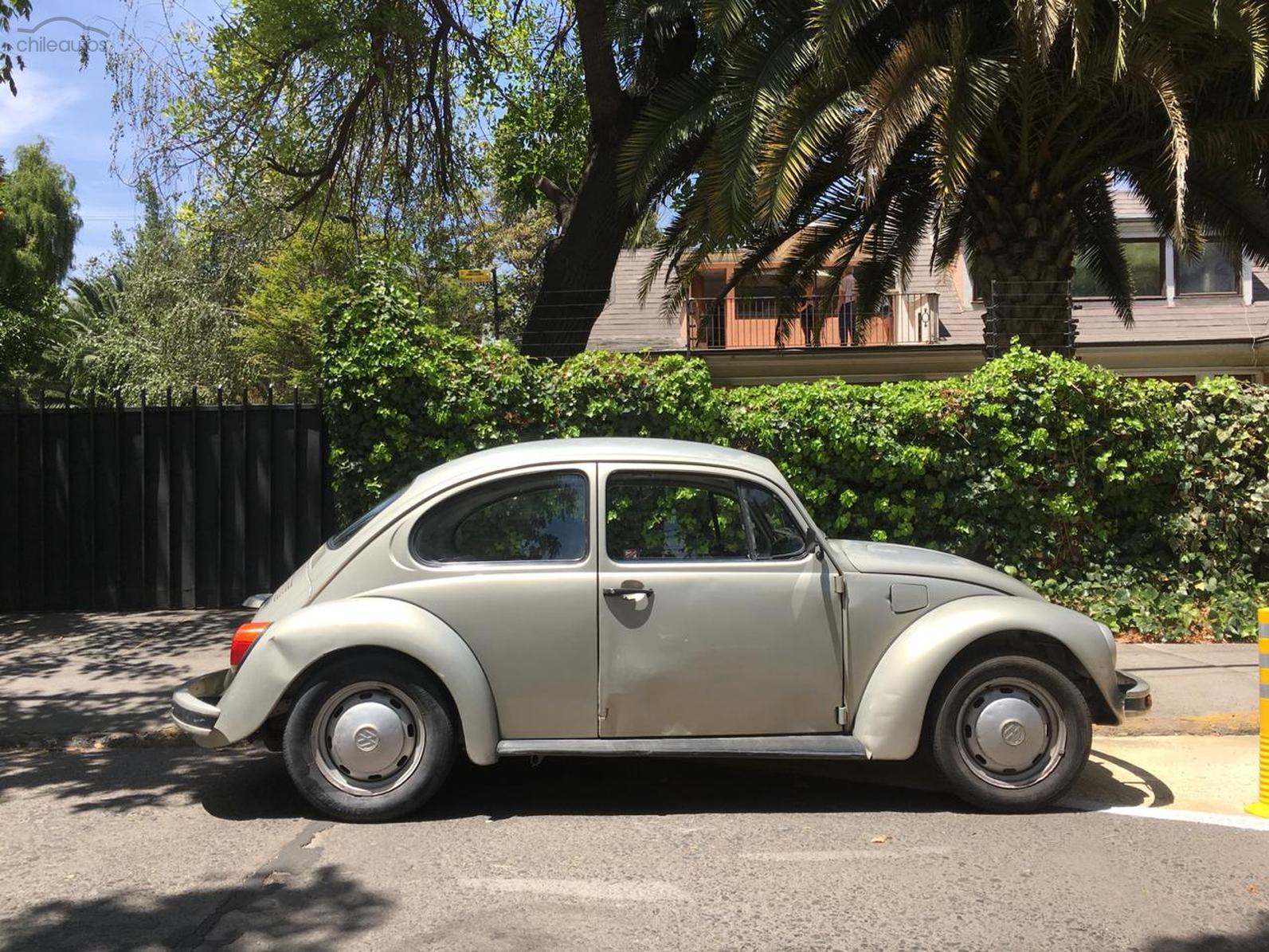 As we were debating the best option on the Santiago metro we both knew we wanted to go for a beetle, but we both know it was not the wisest or most practical option. At that moment a young Chilean man got on the train, and on his shirt was emblazoned a type 1 Volkswagen Beetle. “Look at that guy’s shirt,” Elliott said. “Have you ever seen a shirt with a Toyota Yaris on it, or a Fiat Fiorino? No. Let’s live a little. Let’s get a beetle.” And that was that.

And so for the next several days our days were filled with searching for beetles (escarabajos in Spanish) online, messaging the owners, and setting up meetings to go check them out, usually when the person was home from work after 4:00 or 6:00 in the afternoon, and usually at the very end of a metro line way out in the outskirts of the city. When we weren’t busy doing that, we were busy dealing with process-bound bureaucrats (burócratas) bouncing us from one office to a notary to another office to another notary, all in pursuit of the all-important Chilean RUT tax number so we could legally own property in the country.

To get a RUT in Santiago you need to find a Chilean to sponsor you, and luckily one of the

beetle owners was more than happy to wait in an office with us for an hour to help us out. We gave her a bit of cash for her trouble and then had to take that paperwork to a VERY SPECIFIC office… which of course was closed while they were moving to a new location. By this point we were getting good at never expecting a procedure to run smoothly. Lisa was an absolute rockstar in Spanish though, and there was never a situation we weren’t able to manage without going to some other office somewhere and playing the stupid foreigner card and finding somebody, somewhere, who could help us find the next step or office we would need to visit… and all in the blistering midday 35 degree heat and blazing sun of busy, bustling, noisy Santiago.

All in all, we took a look at five different beetles all throughout the city, and messaged just about all of them. Every one of them made us smile, and every one of them had their own quirks, issues, and pros and cons. It just so happened that every one of them was white too, except one 1997 bug in a shining silver/grey.

After 3 days of searching and much consideration, as well continued uncertainty whether a Volkswagen Beetle was a really stupid idea or not, we made an offer on the silver/grey beetle, contingent on a checkup at a well known Volkswagen mechanic in the city.

While the engine ran like a dream, it turns out there were a few things relating to the steering and the brakes that weren’t perfect. Nothing major, but enough for us to give a pretty low offer to the buyer and to have it accepted!

The next step was to meet the buyer at a civil registry to have the vehicle transferred into Lisa’s name, and then to pay the seller. When we arrived at 9am the lineup was already outside of the door and nearly around the corner. Yikes. While Lisa was busy with that, Elliott went about accessing a few thousand dollars worth of Chilean pesos. Everybody said Western Union was fast and easy, but we knew to expect the unexpected, and sure enough, the transaction was blocked by not one but two layers of bureaucracy! Thank god for Skype credit and telephone agents for sorting that one out in the nick of time.

Just after that was sorted, Lisa and the seller were called up to the counter. Only a few seconds into the conversation, the frown of the civil registry said it all, followed by the dreaded “imposible” that nobody ever likes to hear from a bureaucra

t. Lisa insisted. So did the bureaucrat. “But there are tons of travelers who aren’t Chilean who register vehicles!” “Not at this office.” She even called over her supervisor, who was also adamant that it was impossible. Our hearts sank. But perhaps, we thought, a notary could do it as we had read online. At that point we were skeptical, but we were willing to try anything, so into the seller’s truck, off to the outskirts of town, into the office of another notary, and again, “imposible.” No, it couldn’t be! Lisa explained. She pleaded. She waited. The notary looked something up. He asked his manager. She didn’t know either. He did some research. He came back. He gave a thumbs up! It worked! We did it! We owned the car!!! Back to the seller’s house, exchange of cash and keys, and off we went in our very own Volkswagen Beetle!

We have a beetle! We’re not sure what to call it yet, but it will tell us its name once we really begin our journey together.

First stop? Back to the mechanic. We spent a few hundred bucks to get everything brought up to safe and reliable order, checked and did some maintenance on a few other things on our own, and now we are ready to head off into the South America wilds with a tiny little car with tons of character. Will it get us where we need to go? Hopefully. Will it break down on the way? Maybe, but that’s all part of the adventure. Will it be the trip of a lifetime? We sure hope so!

Ready for the road, introducing: